A Southern Family at Princeton College

Princeton’s reputation as a moderately conservative college with a large proportion of southern students attracted the sons of wealthy slave-owning families such as the Joneses of Liberty County, Georgia.

Writing to her husband in June 1850 concerning the potential colleges their sons Charles Jr. and Joseph could attend, Mary Jones had one in mind: Princeton. The institution, founded in 1746, had a reputation for offering a high caliber of education, but more than that: in its first century, Princeton (then the College of New Jersey) had gained a reputation for being particularly amenable to the sons of wealthy southern slave-owners. Of Princeton’s antebellum alumni, on average 40% came from the South (with some classes exceeding 50 or even 60%). The moderately conservative intellectual climate, the slaveholding patterns of the college’s presidents and professors, and the large number of southerners in the student body all contributed to Princeton’s reputation as an ideal college for southern students—a place where their views would not be strongly challenged by strong abolitionist sentiment.

Mary and her husband Charles Colcock Jones, a Presbyterian minister and slave-owning planter in Georgia, likely shared this belief. As Mary wrote:

Princeton of all colleges you know has long had the preference for our dear boys.[1]

A "Not So Entirely Northern" Town

Charles Colcock Jones Sr. (1804-1863) had been educated in Princeton himself—though at the Princeton Theological Seminary, not the College of New Jersey. Jones Sr.’s family hailed from South Carolina but he had been raised in Georgia, and he returned to his home state after his ordination.[2] In 1832, he took up residence in Liberty County, Georgia, where he owned three plantations.[3] 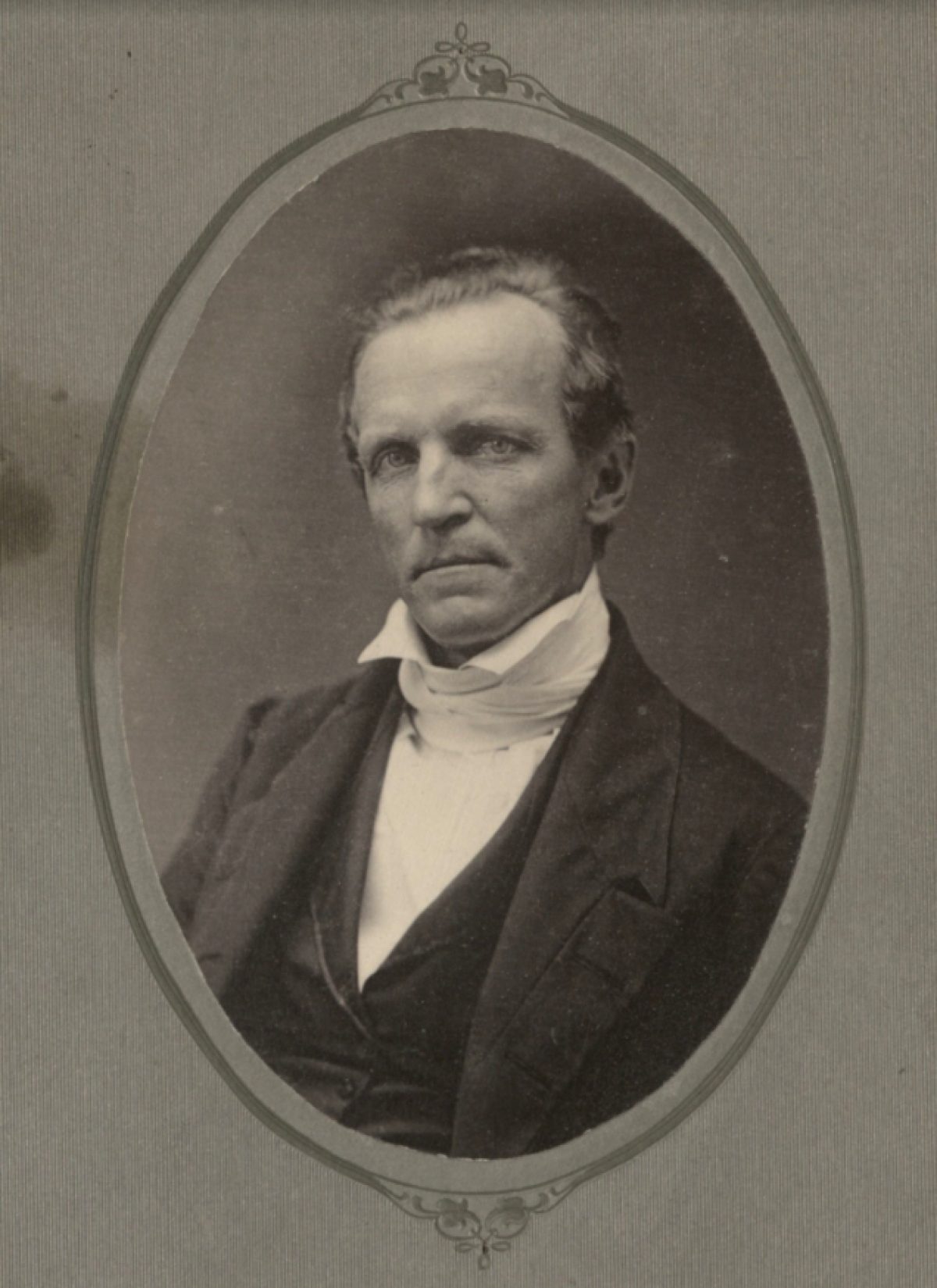 Jones had actually begun his studies at the Andover Theological Seminary in Massachusetts before transferring to the Princeton Theological Seminary. The professor he was supposed to work with at Andover became ill during his studies there, but cultural reasons more than anything propelled Jones to leave. Writing to a relative, Jones stated that he felt he was “rather too far north, and should like to get into society a little more southern, or at any rate, a society not so entirely northern.”[4] A town like Princeton provided a more comfortable environment for Jones, since his southern manners and views on slavery would not be questioned there as they had been in New England. He also saw the potential for making valuable social connections. As Charles realized:

It would be of advantage to reside among those who are more congenial in their manners and feelings and aims, and at a place where I shall be brought more in contact with the people and the field that shall claim my labours as a minister very shortly.[5]

While studying at the seminary, Jones was likely influenced by the strong colonizationist thought inculcated at the seminary and nearby college. Founded by College of New Jersey alumni in 1816, the American Colonization Society quickly took root in the town of Princeton, with PTS and CNJ faculty and other prominent white residents supporting its goals of sending free blacks to the West African colony of Liberia.

While at the seminary, Jones himself formed and led a new organization, the “Society of Inquiry Concerning Africans,” committed to collecting information about enslaved African Americans. Charles hoped the society would encourage his classmates to reflect on their “personal duties and responsibilities” to both slaves and free blacks. To that end, Charles became interested in missionary efforts among enslaved people, including those on his own plantations, and looked with favor on the efforts of the ACS. The prospects of sending the black population of the United States to the “civilized and Christianized republic” of Liberia seemed, to Jones, “a noble design!”[6]

A "Georgia Interchange of Feeling"

Not surprisingly for the wife of a minister, Mary Jones took a particular interest in the religious climate of the various schools her sons might attend—ultimately deciding that the College of New Jersey would better nurture what she called “the spiritual condition” of her children than schools in the Deep South. “I think C would be placed in better college influences in Princeton than Columbia [South Carolina],” she wrote of her eldest son, Charles Jr.[7] After Charles Jr. and his younger brother Joseph had begun their studies at Princeton, their parents continued to emphasize the importance of receiving a proper moral education, one which would be “of infinite advantage” to them in their future lives. Jones Sr. agreed with his wife, claiming:

You will undoubtedly be in a better moral and religious atmosphere, and that is what we look to above all things else…I think you will find Princeton a pleasant place.[8]

Charles Colcock Jones Jr. (1831-1888) indeed relished his Princeton experience. Writing to his parents only a short time after arriving on campus and completing his initial examinations, Charles Jr. was “very much pleased that there is a much higher moral tone of feeling and action prevailing here than at Columbia College,” his former school in South Carolina.[9] He reiterated this belief in another letter a few days later:

This college beyond a doubt affords the finest religious and moral training…of any I have ever known or heard.[10]

The following year, Charles Jr. was pleased to report that more students from his home state of Georgia had entered the school. He and these new friends decided to form “a Georgia table in the refectory, and enjoy a sociable meal among ourselves, served à la mode Jersey but eaten Georgia fashion, spiced with Georgia interchange of feeling.” It was a pleasant experience, he said, as well as “Very good for the Empire State of the South.”[11]

Graduating with a bachelor’s degree from the college in 1852, Charles Jr. studied law at Harvard (finishing in 1855) before becoming the mayor of Savannah, Georgia in 1860. During the Civil War, he served as a lieutenant for a Confederate artillery regiment, moving up through the ranks to become Chief of Artillery for the wartime military district of Georgia.[12] Charles Jr.’s commitment to defending slavery and the Southern cause was shared by many of his former classmates: of the 600-odd Princeton alumni who fought in the war, more than half chose the side of the Confederacy.

In 1888—the last year of his life—Charles Jr. wrote to Moses Taylor Pyne (Princeton’s single largest benefactor and a prominent trustee) that his “love for my Alma Mater is constant and true.” Reminiscing about the campus and the college library, Charles Jr. hoped he could donate what money he could “now supply” to the college.[13] Perhaps because the college had provided an education and environment than felt “a little more southern” than he’d expected of a northern state, Charles Colock Jr. remained as deeply devoted to Princeton as he’d been to his home state and southern way of life.[14] 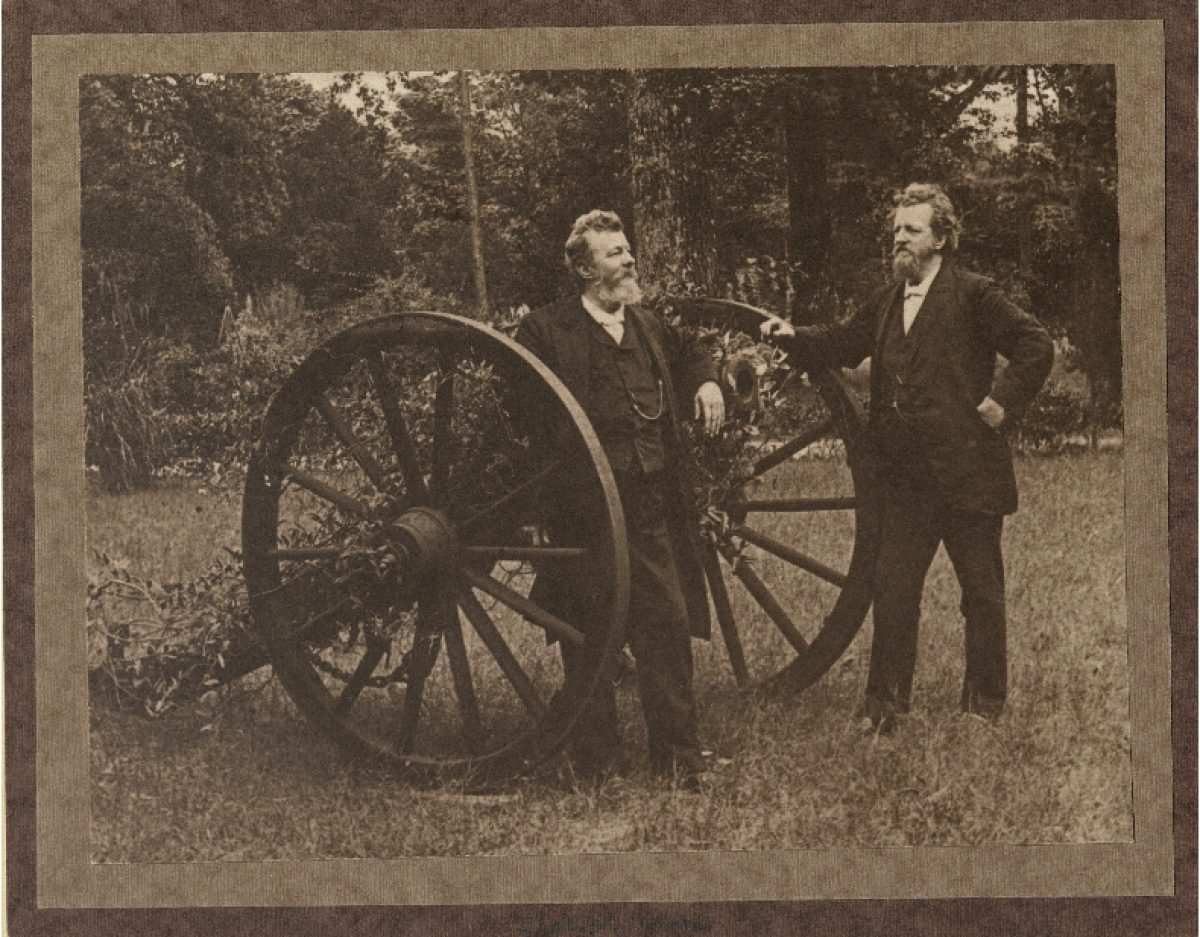 Dr. Joseph Jones and Charles Colcock Jones Jr., Princeton students from Georgia who served in the Confederate Army during the Civil War.

Bryan LaPointe is a history PhD student at Princeton. He focuses on American political and social history of the 19th century, as well as slavery, antislavery, and emancipation during the Civil War and Reconstruction Eras in the U.S. and the larger Atlantic world. Before coming to Princeton, he earned a BA in history with high honors (along with a French minor) from the University of Michigan.

View all stories by Bryan LaPointe »