Many faculty members at the College of New Jersey owned slaves during the first century of the college’s history.

Many faculty members at the College of New Jersey owned slaves during the first century of the college’s history. For some professors, records detailed the slaves they owned while living and teaching in Princeton. For others, slave ownership is documented in other locations after they left Princeton—as in the case of Henry Kollock, a former professor who owned slaves in Savannah, Georgia. Numerous slaveholding professors also served in institutional leadership roles and exerted significant influence in the college’s history, including presidents John Witherspoon, Samuel Stanhope Smith, and Ashbel Green, and vice presidents Elijah Slack and Phillip Lindsley.

Documentary records of professors' slave ownership span a long period of the college’s history. In 1796, when mathematics professor Walter Minto died, he owned a slave named Toney. Minto purchased Toney shortly before his death for 100 pounds and agreed to free him provided Toney work for him for six years and five months.[1] Chemistry professor John Maclean Sr. purchased an enslaved woman named Lydia in 1799, and a woman and man named Sal and Charles some time before 1814.[2] Decades later, Professor Albert Dod was one of the last remaining slaveholders in Princeton—indeed, in the entire state of New Jersey—as he still owned a slave in 1840.[3] 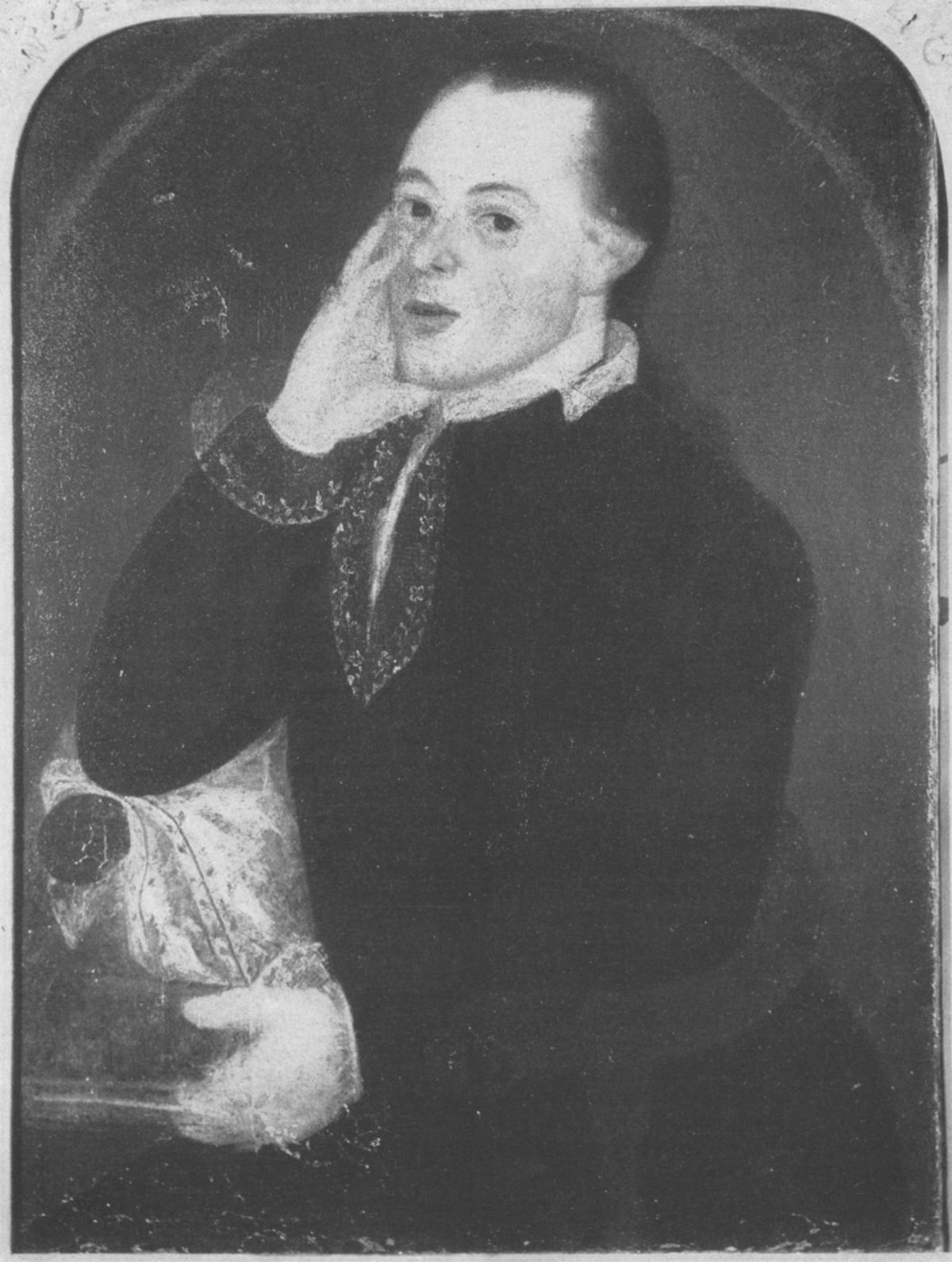 Portrait of Walter Minto, Professor of Mathematics and Natural Philosophy and a slaveholder at the time of his death in 1796.

Slaveholding professors often held other posts within the college and exercised influence in academic, institutional and financial matters. During his tenure as vice president of the college, professor and clergyman Elijah Slack placed an ad in the New Brunswick Fredonian to sell an 18-year-old enslaved woman. The ad, published during the summer of 1816, read:

She is very well versed in all kinds of house work, and is a very good spinster. It is believed she will particularly suit a farmer. She is a slave.[4]

It was signed by Elijah Slack, “the subscriber in Princeton,” who at that time occupied a public leadership position at the college second only to President Ashbel Green. 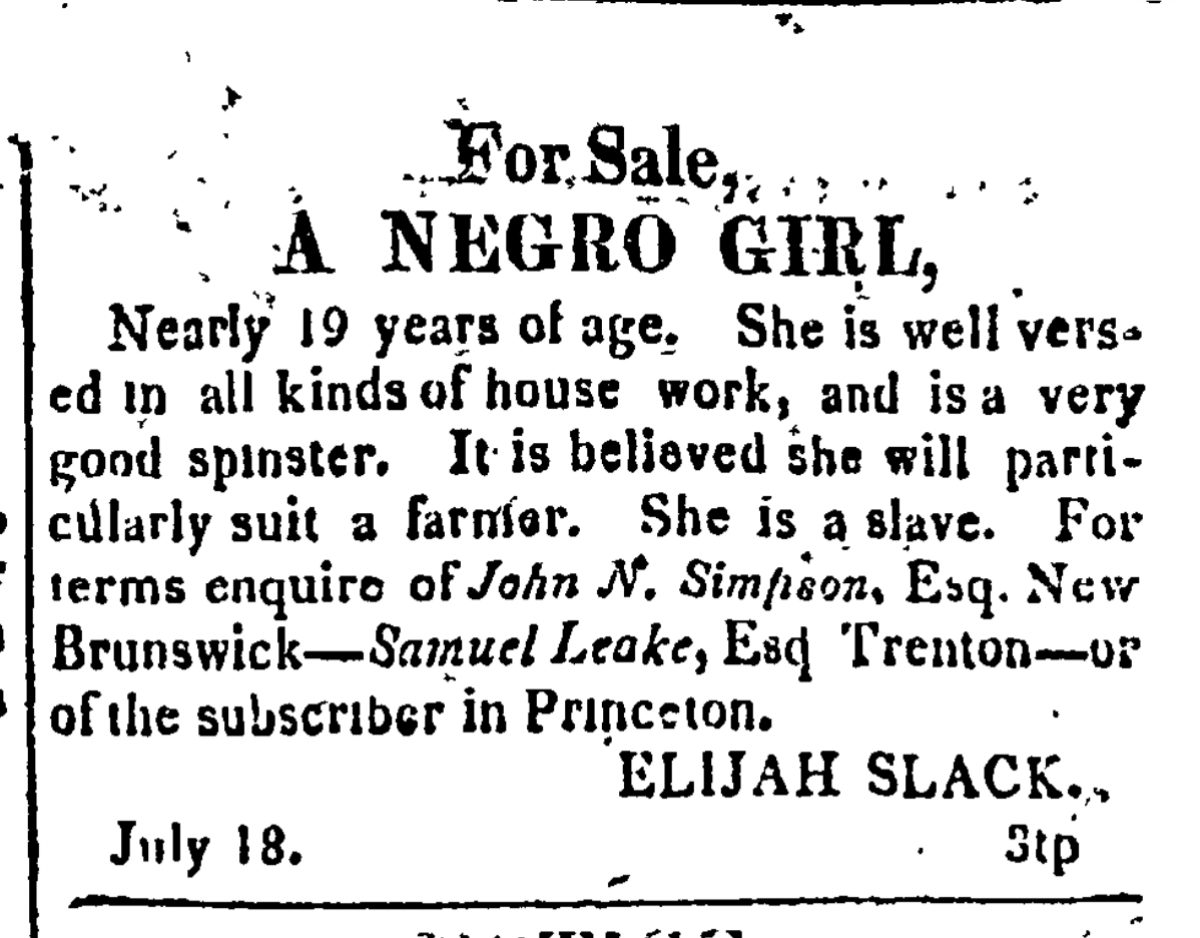 Tutors also owned slaves, and some remained connected to the college and its administration after their years in the classroom. Jeremiah Halsey, a tutor during the 1750s, became the college clerk and eventually a trustee in the 1770s. Halsey owned a slave at the time of his death.[5] Joseph Treat, David Cowell, William Tennent and Ebenezer Pemberton were charter trustees, tutors of the college, and slaveholders. Since most tutors were instructors for only a few years in their early twenties, many left Princeton and later owned slaves in other parts of the country. Jacob Ker, an 18th-century graduate of the college and a tutor, relocated to lead a parish in Manokin, Maryland, where he owned a plantation and several slaves, including a man named Joe and a woman named Milly. Ker’s will stipulated:

“I hearby give him [the will’s executor] full power and authority to sell or in any way to dispose of my young negro man named Joe and negro woman named Milly.”[6]

Even those professors for whom no record of slave ownership survives often had close connections to slaveholding through family, inheritance and marriage. Professors Jacob Green and John Maclean Jr.—the latter a future president of the college—both resided in slave-owning Princeton households. Professor Henry Vethake was born on a slave-worked plantation managed by his father in Essequibo, Guyana, which soon after became part of the British West Indies. 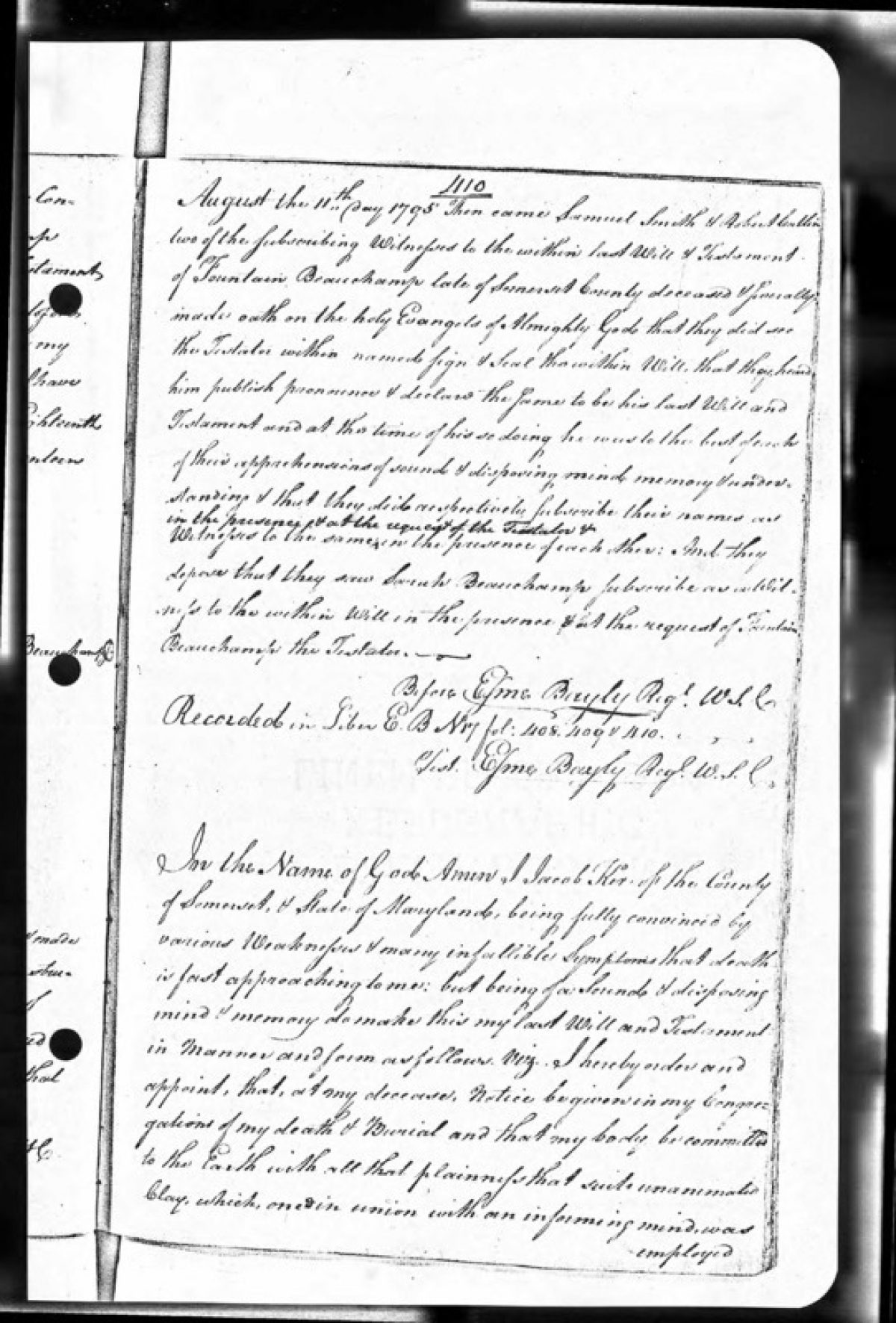 “Bond of John Duryie and Toney to Minto for 200 pounds” (4 May 1796); Box 3, Folder 8, Minto-Skelton Papers, William L. Clements Library, The University of Michigan.