Tapping Reeve (1744-1823), Princeton alumnus and founder of the nation’s first law school, served as co-counsel in the 1781 case Brom and Bett v. J. Ashley, Esq., which led to the abolition of slavery in Massachusetts.

Tapping Reeve (Class of 1763) was born in Brookhaven, New York on September 20, 1744 to Abner and Deborah (Tapping) Reeve. His father, a Yale graduate, was a Presbyterian minister. Reeve graduated from the College of New Jersey, now Princeton University, in 1763. Shortly thereafter he was hired by Timothy Edwards ('1757), eldest son of the college’s third president, the theologian Jonathan Edwards, to tutor the many children in his household.

Timothy Edwards, then living in Elizabethtown, New Jersey, was the legal guardian of his orphaned niece and nephew, Sarah (Sally) and Aaron Burr Jr. (‘1772), children of the college’s second president. The household also included five of Timothy’s own orphaned siblings, including Jonathan Edwards Jr. (‘1765) and Pierpont Edwards (‘1768), as well as his wife’s younger brothers, Matthias and Aaron Ogden (‘1773), and his own children who eventually numbered fifteen. 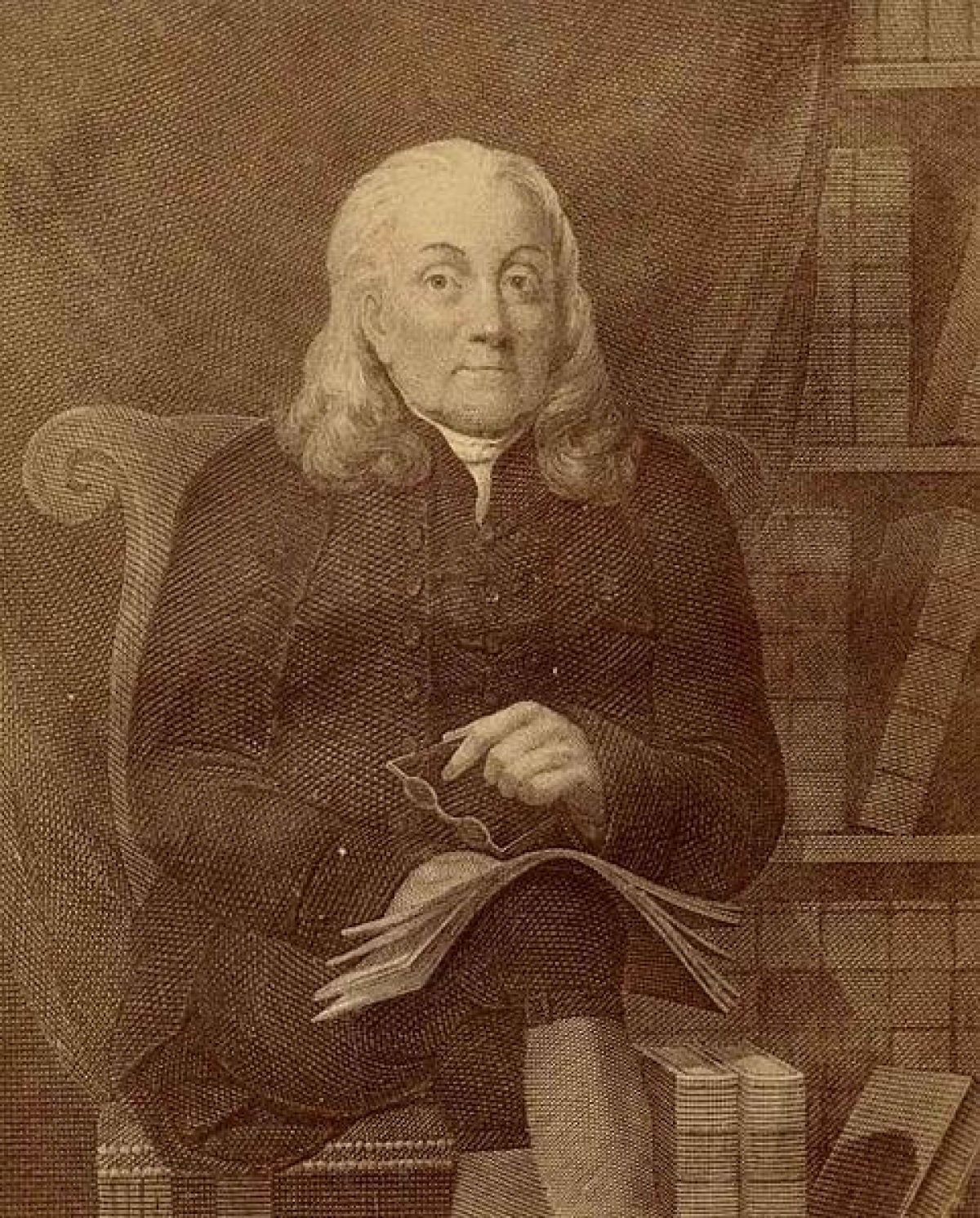 Reeve managed this task remarkably well and in 1766 he was hired, along with Ebenezer Pemberton (‘1765), to teach at the Elizabethtown grammar school newly opened by the local Presbyterian Church, pastored by James Caldwell (‘ 1759). Reeve excelled at this job, too, and was hired by the College of New Jersey in September 1769 to serve as freshman tutor. Aaron Burr Jr. arrived at the college at the same time, having been admitted as a sophomore because of his college prep work with Reeve.[1]

Reeve stayed at the college only a year, having decided on the law as a career. He moved to Hartford, Connecticut, where he studied with Jesse Root (‘1756). In the meantime the Timothy Edwards clan moved back to Stockbridge, Massachusetts. Reeve was admitted to the Connecticut Bar in 1772 and on June 21 married Sally Burr. They moved to Litchfield, Connecticut, where Reeve started a law practice. In 1774 his brother-in-law Aaron Burr Jr., having decided against a ministerial career, moved in with the Reeves and became the first pupil at what would become the renowned Litchfield Law School. The Reeves had one child, a son named Aaron Burr Reeve, born in 1780.[2]

During the American Revolution Reeve served briefly as a militia officer and was appointed by the Connecticut Assembly as a recruiting officer. That seems to have been the extent of his military service. While the war continued he took on a couple of law students (both from Yale), but most potential candidates were involved in the war effort.[3]

As the war wound down, Reeve, embracing a vocation as a teacher of the law, began to attract new students. Although little is known of his early career as a trial lawyer, he must have acquired a certain reputation, given his involvement in a case that had revolutionary consequences.

In 1781 in nearby Sheffield, Massachusetts, an enslaved woman named Bett (c. 1744-1829), popularly known as Mumbet, conceived the audacious idea of suing her master John Ashley for her freedom. The basis of the suit would be the new state constitution of Massachusetts (written by John Adams) which stated in Article I that:

All men are born free and equal and have certain natural, essential, and unalienable rights; among which may be reckoned the right of enjoying and defending their lives and liberties.[4]

In addition to having heard the Massachusetts Constitution read out loud in 1780, there are at least three additional factors that may have contributed to Mumbet’s plan, none of which are mutually exclusive. They all could have, and probably did, play a role in her thinking.

First, she would have been familiar with the pre-Revolutionary Sheffield Resolves of January 12, 1773, which stated that:

Mankind in a state of nature are equal, free, and independent of each other, and have a right to the undisturbed enjoyment of their lives, their liberty and property.[5]

These had been written to justify protest against Britain, not to encourage the abolition of slavery, but Mumbet made the connection.

Second, she heard the Declaration of Independence read out loud in 1776 and asked herself: If all are free and equal, why are we all slaves?

Third, she was angry because her sister Livvy had been threatened with a “red hot” shovel by their master’s wife Hannah Ashley. When Livvy was about to be struck, Mumbet threw herself in the way and took the blow. It cut her arm to the bone and left her with a “frightful scar.”[6]

Mumbet was illiterate but she clearly paid close attention to public affairs and how they might affect her. She sought the help of a Sheffield lawyer whom she knew to be anti-slavery, Theodore Sedgwick (1746-1813), who had been one of the authors of the Sheffield Resolves. He agreed to take her case. Sedgwick immediately contacted Tapping Reeve in Litchfield to ask him to be co-counsel and Reeve agreed. 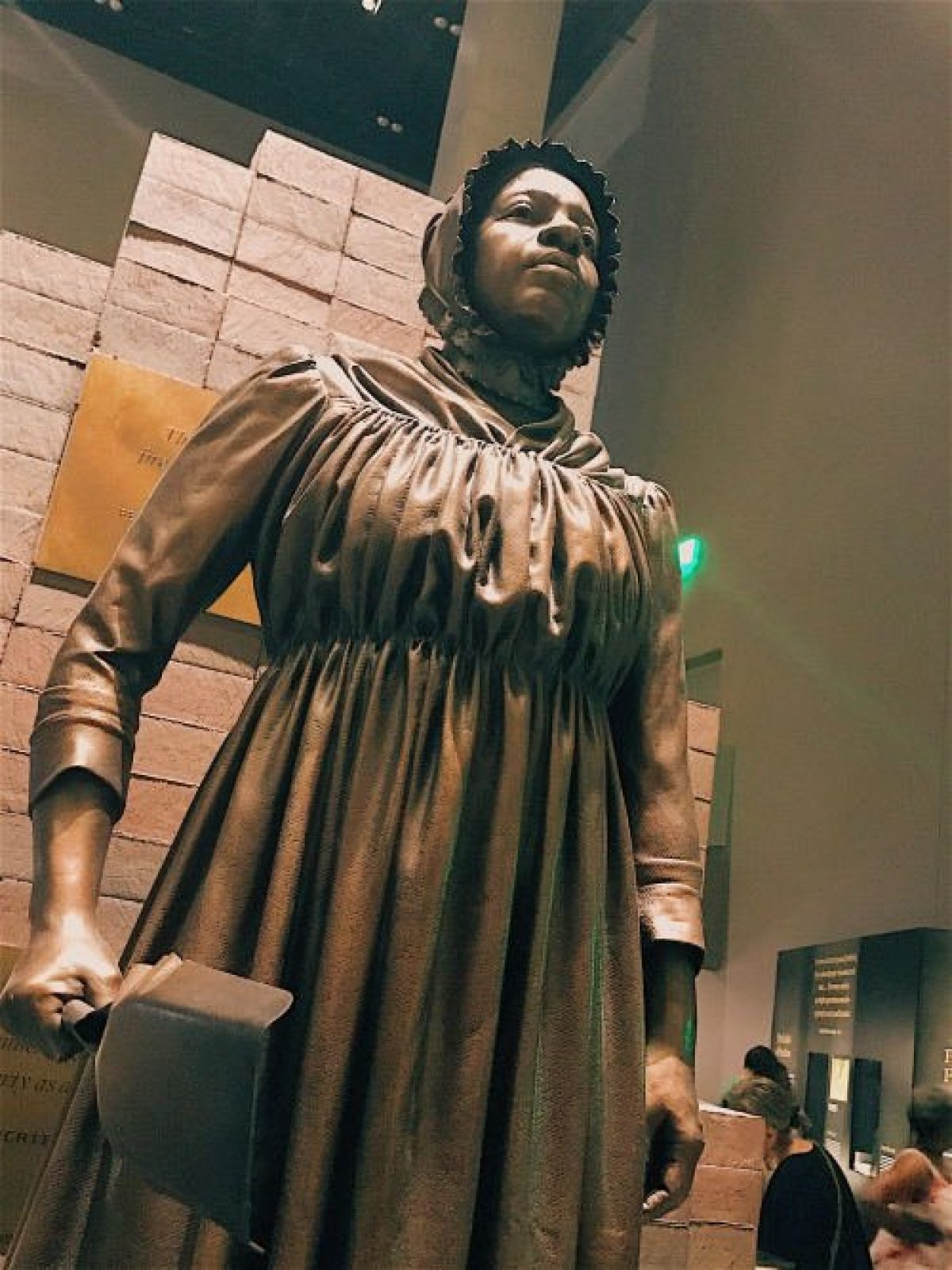 It is not clear whether Sedgwick knew Reeve personally or only by reputation. It is possible that the two had met each other through Aaron Burr or his Edwards relatives. A number of Edwardses lived in the area and Burr frequently visited them. We do not know how Reeve came by his abolitionist views, but he must have already had that reputation by 1781, otherwise Sedgwick would not have asked him for assistance.[7]

One of the first decisions the legal team made was to get one of the Ashleys’ male slaves to join the suit. The thinking was that an enslaved woman would not have the same credibility as a man. Given the attitudes of the time, this was probably a sound tactic. Brom, an enslaved man belonging to the Ashley family, agreed to take part, lending his name to the suit: Brom and Bett v. J. Ashley, Esq. John Ashley was represented by local lawyers John Canfield and David Noble.[8]

Reeve’s and Sedgwick’s strategy was to seek a writ of replevin, defined as “an action for the recovery of property,” from the Berkshire County Court of Common Pleas. This writ ordered Ashley to turn over Brom and Bett to the sheriff because they were not his legal property. He refused and the case went to the County Court in Great Barrington, Massachusetts, for a jury trial.[9]

The trial opened on August 21, 1781. Reeve and Sedgwick were both present in the courtroom, as were Brom and Bett. The trial lasted only two days and Brom and Bett did not take the stand, with the entire trial conducted solely by the lawyers. Ashley was present, but it appears from the transcript that he did not testify either, though presumably he had submitted documentary evidence of his purchase of Brom and Bett.

We do not know how long the jury deliberated, but the verdict was that Brom and Bett were free persons and had never legally been the property of Ashley, even though he had paid for them. The jury also ordered that Ashley pay Brom and Bett 30 shillings for damages and 5 pounds, 14 shillings and 4 pence for court costs. Ashley stated that he would appeal and a hearing was scheduled for October.[10]

Events intervened, however. There were other cases related to slavery in the pipeline in Massachusetts: Walker v. Jennison (1781), commonly known as the Quok Walker case, and a sequel, Caldwell v. Jennison (1781). There was also another case against John Ashley, Zach Mullen v. Ashley (1781). The cases of Quok Walker and Zach Mullen involved charges of physical assault, not only slaveholding.

All these cases were decided quickly in favor of the enslaved persons and against the slaveholders. As a result Ashley dropped his appeal against Brom and Bett and, significantly, “confessed judgment.” In other words, he assented to the original verdict that Brom and Bett had never been his legal slaves in the first place. Thus ended slavery in Massachusetts as the courts declared all slaves free.[11]

It is not clear what happened to Brom, but the Ashleys offered Mumbet a job as a paid servant. She refused and went to work for her lawyer Theodore Sedgwick’s family instead. She became close to Sedgwick’s daughter, Catharine Maria, who wrote the first account of Mumbet’s case.[12] Around this time, Mumbet also changed her name to Elizabeth Freeman. She stayed with the Sedgwicks for many years, accompanying them when they moved from Sheffield to Stockbridge, Massachusetts, in 1785. She eventually accumulated property, built a house, and became a leader in the local free black community. She died in 1829 at the age of 85 and is buried in the Sedgwick plot in the Stockbridge cemetery.[13]

Tapping Reeve returned to Litchfield, Connecticut, where he resumed teaching law. He took on a partner, James Gould, in 1798 and the school continued until 1833. The alumni included two Vice Presidents of the United States, 101 congressmen in the House of Representatives, 28 US senators, six presidential cabinet members, three justices of the US Supreme Court, fourteen governors, and 18 chief justices of state supreme courts—an astonishing record for a school that offered no degrees and lasted only 59 years. In 1798 Reeve was appointed a justice of the Connecticut Supreme Court, and in 1814 was appointed Chief Justice of the Connecticut Superior Court of Errors.[14]

Not surprisingly, Reeve advocated for the abolition of slavery in Connecticut, where it was still legal. The state legislature passed a gradual abolition bill in 1784 which freed only some slaves. Reeve and six other abolitionist lawyers tried in 1790 to free all slaves through a judicial determination, but the effort did not succeed.[15] Reeve died in 1823. Though today he is known more for his role as a teacher of the law, his biographer Paul Hicks states that his work on the Mumbet case “gained him wide recognition as both a leading abolitionist and a legal scholar.”[16]

Suzanne Geissler Bowles received a Ph.D. in History from the Maxwell School of Citizenship and Public Affairs at Syracuse University. She is Professor of History Emerita at William Paterson University, Wayne, NJ. She is the author of Jonathan Edwards to Aaron Burr, Jr.: From the Great Awakening to Democratic Politics and is currently at work on a book about Aaron Burr’s anti-slavery activities.

“Mum Bet Case,” Massachusetts Constitution and the Abolition of Slavery, accessed August 17, 2018, https://www.mass.gov/guides/massachusetts-constitution-and-the-abolition-of-slavery. Technically, Brom belonged to John Ashley Jr., but they all lived on the elder Ashley’s estate.

While not as complete as a contemporary transcript might be, a serviceable transcript does exist in the records of the Superior Court of Common Pleas of Berkshire County. A photo of this document as well as a transcription (done by Brady Barrows in 1998) are available on the Mumbet website. “Mumbet’s Court Case,” Elizabeth Freeman Mumbet, accessed November 6, 2019, https://elizabethfreeman.mumbet.com/who-is-mumbet/mumbet-court-records/.

For an analysis of these cases as well as the aftermath of Brom and Bett, see Zilversmit, “Quok Walker,” 614-24.