William Potter Ross—a Princeton alumnus, Cherokee chief, and Confederate officer during the Civil War—advocated for Cherokee sovereignty in part by defending the practice of slavery.

Born in Tennessee to a Scottish father and Cherokee mother, William Potter Ross (1820-1891) was the nephew of Chief John Ross, a prominent Cherokee leader who headed several delegations to Washington, D.C. and led negotiations with the federal government on behalf of the Cherokee National Party.  John Ross sent his nephew North to be educated at Princeton, like several other young Native American men throughout the college’s history.

When he graduated from the College of New Jersey in 1842, William Potter Ross had gained an education and access to social networks that would prove instrumental in his future negotiations between the Cherokee Nation, Washington, and the Confederacy.[1] As historian Gregory Smithers writes:

His racial lineage, his travels, and his educational pedigree helped Ross cement the connections—in both the Cherokee and Euroamerican worlds—that would serve him well through the remainder of his adult life.[2] 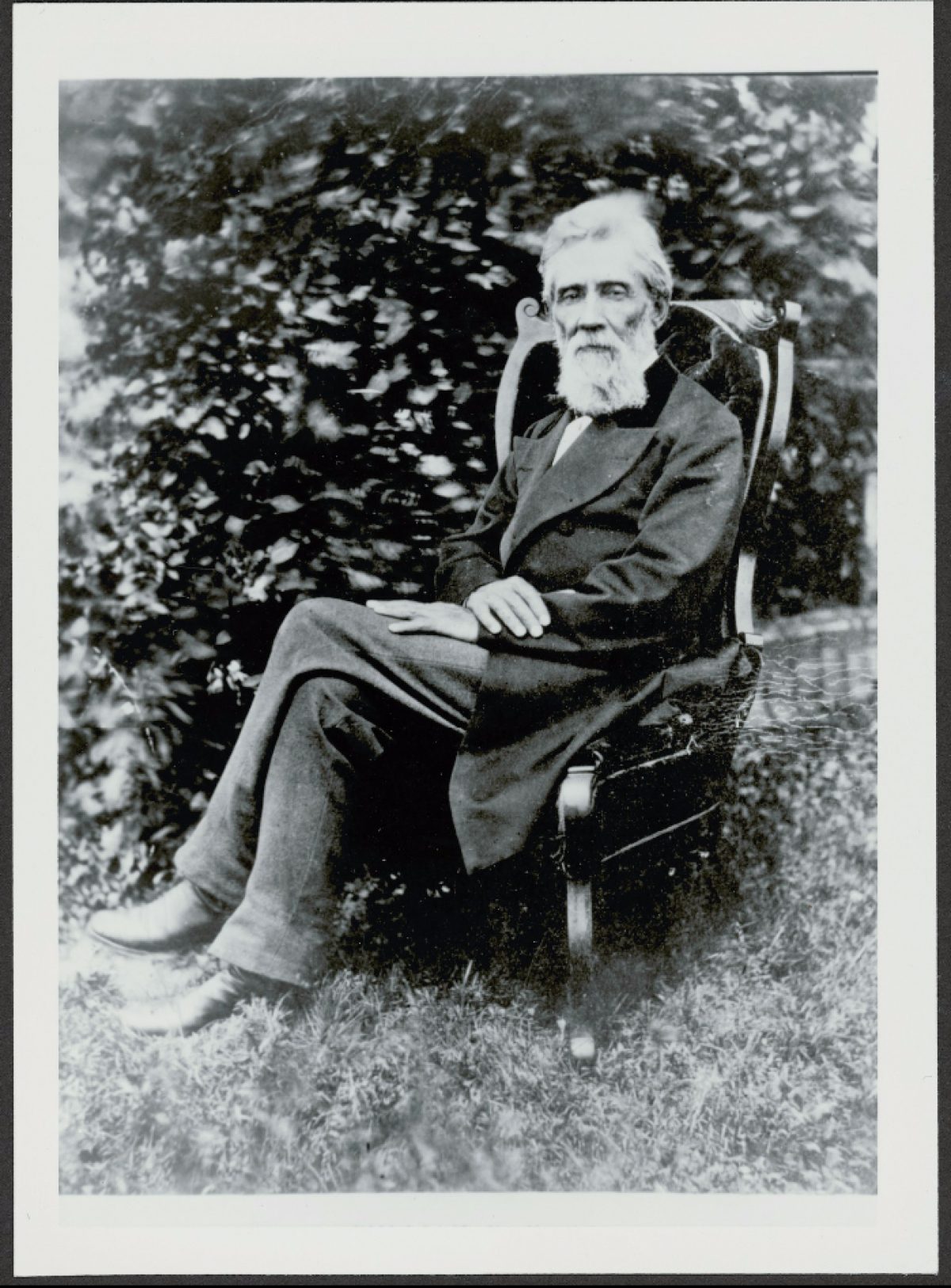 Portrait of William Potter Ross, principal chief of the Cherokee Nation from 1871 to 1875.

Even as Ross completed his last year of studies in 1842, his family was forcibly removed to Indian Territory on the Trail of Tears, a journey that killed his aunt Elizabeth Quatie Ross among many others. After graduation, Ross joined his family in Oklahoma, where he became an officer of the Cherokee government in its new capital of Tahlequah and an editor of the influential Cherokee Advocate newspaper.[3] Like his uncle John Ross, William Potter Ross owned slaves, and published several editorials on the issue of fugitive African Cherokee slaves in his paper, writing:

It is time, high time that some thing be done toward regulating such property in the Cherokee country. It is not our place to discuss the right or wrong of Slavery. That it exists among us, is a matter of fact—and existing, they should know the relations they bear to free born citizens.[4]

Ross’s appeals to property rights and law and order underscore his paradoxical position as an advocate for the Cherokee and a defender of the enslavement of African Cherokee people. In his memoirs, Ross would insist that the Cherokee treated former slaves, “in a just and liberal manner…” and that they were “more generously treated than any where else...”[5] But his actions and beliefs ultimately reflect what historian Celia Naylor calls “the simultaneous existence of bondage and freedom in the Cherokee Nation.”[6]

In 1861, Ross and his family allied with the Confederacy at the start of the Civil War. Ross served as a Confederate lieutenant colonel as well as a delegate to the peace conference at Fort Smith when the war ended in 1865. Following the war and his uncle’s death, Ross was elected Principal Chief of the Cherokee Nation. From 1866-1867 and 1872-1875, Ross led a divided and damaged Cherokee community. Among his accomplishments, he advocated for education, served as a delegate to Washington, D.C., and defended tribal rights and citizenship.[7] But Ross continued to defend the righteousness of slaveholders after emancipation, even as he continued to advocate for Cherokee rights in Washington. As historian Frederick Hoxie describes Ross’s complex legacy:

It is ironic that William Potter Ross, member of a Cherokee slave-owning family and a veteran of service in the Confederate cause, should be remembered as an opponent of the rapidly-consolidating American racial state.[8]