James Moore Wayne (1790-1867), a Princeton graduate from Georgia, personally owned slaves and served on the Supreme Court that denied African Americans citizenship in the 1857 Dred Scott v. Sandford case. Yet he remained a strong Unionist during the Civil War, embodying the dissonant relationship between slavery and liberty in the United States.

Born to Richard Wayne—a wealthy Savannah merchant and planter who owned more than 100 slaves and traded in them as well—James Moore Wayne graduated from Princeton with the class of 1808.[1] Like many other Georgians who attended the college, Wayne returned home to read law under a local attorney and began his legal career in Savannah. He was elected first to the Georgia state legislature and then, at only 27 years old, mayor of Savannah. By age 38, he was elected to the United States Congress, where he earned a reputation as a moderate. In 1834, after six years in the House, President Andrew Jackson appointed him to the Supreme Court.[2] 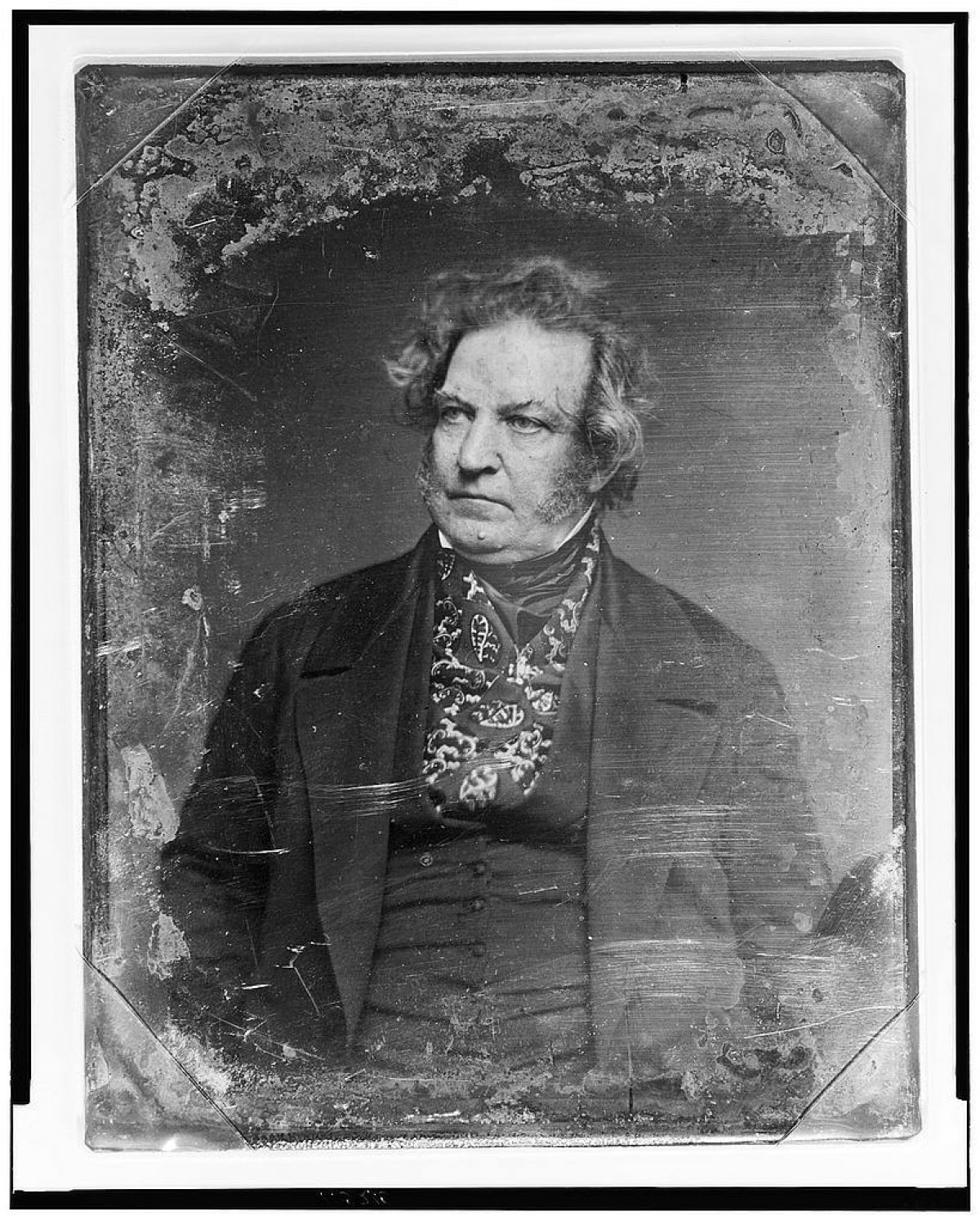 Wayne is perhaps most famous for his role in the Dred Scott v. Sandford decision of 1857, in which Chief Justice Roger Taney’s Supreme Court affirmed that African Americans were not citizens of the United States and therefore had no legal grounds to sue in court. Taney’s decision also declared the provisions of the Missouri Compromise prohibiting slavery in the western territories unconstitutional.[3] Although there was legal precedent to rule against Dred Scott on a technicality, the Southern faction of the Supreme Court (Wayne in particular) pushed for a more expansive ruling. As legal scholar Paul Finkelman writes:

[Wayne] wanted Taney to write an opinion that would settle—in favor of the South—the issues of slavery in the territories and the rights of free blacks. If the Court held the Missouri Compromise to be unconstitutional, then all the territories would be open to slavery.[4]

James M. Wayne, like other Princetonians from Georgia, embodied the dissonant relationship between slavery and liberty in the United States.  In his life and career, Wayne pushed for the expansion of slavery as well as white supremacy as the foundation of the nation’s political and social system.

Yet he remained a strong unionist when the nation divided during the Civil War. Wayne refused to resign from the Supreme Court when his home state seceded and remained loyal even when his son took up arms for the Confederacy.[5] His personal life reveals other contradictions: Wayne manumitted the enslaved woman with whom he’d had three children.[6] One of the descendants of his enslaved family, Janine di Silva, is herself a Princeton graduate from the class of 1981. She is featured in filmmaker Melvin McCray's documentary Facing Slavery: Princeton Family Stories.

Sven “Trip” Henningson graduated from Princeton University in 2016. While at Princeton, he majored in history and completed certificates in German Language and Culture as well as Humanistic Studies. Henningson wrote his senior thesis on the Cold War foreign relations of U.S. labor unions under Professor Robert A. Karl. He was also active as the varsity coxswain for Princeton’s lightweight rowing team and served as the vice president of Cloister Inn. Since graduation, Henningson has been living in DC where he works as a strategy consultant and moonlights as a weekend historian.

View all stories by Trip Henningson »